3 Pedestrians Injured After Car Crashes Into Bank Lobby In Bradenton

MANATEE COUNTY - Florida Highway Patrol announced three people were injured after being hit by a car that crashed into the lobby of a Bank Of America.

The crash took place as a 90 year old man from Bradenton driving a Toyota Sedan, entered the parking lot of a Bank of America branch located at the corner of 14th St W and Bayshore Gardens Parkway in downtown Bradenton.

The man entered the parking spot directly in front of the main entry to the lobby. The entry was constructed of large glass windows and glass doors.

At 1:40 P.M. the Sedan sharply accelerated forward, crashing through the glass doors of the front entrance and entered the lobby of the building still accelerating.

As the car drove through the lobby it crashed into three people, traveling 75 feet before coming to a stop.

A 66 year old man from Palm Bay Florida was in critical condition after being hit by the car, and was rushed to Blake Medical Center for treatment.

A 55 year old man from Bradenton was seriously injured after the car struck him, and he was taken to Manatee Memorial Hospital.

An 85 year old man from Bradenton also sustained minor injuries as the car crashed through the lobby.

FHP has stated they continue to investigate the crash. 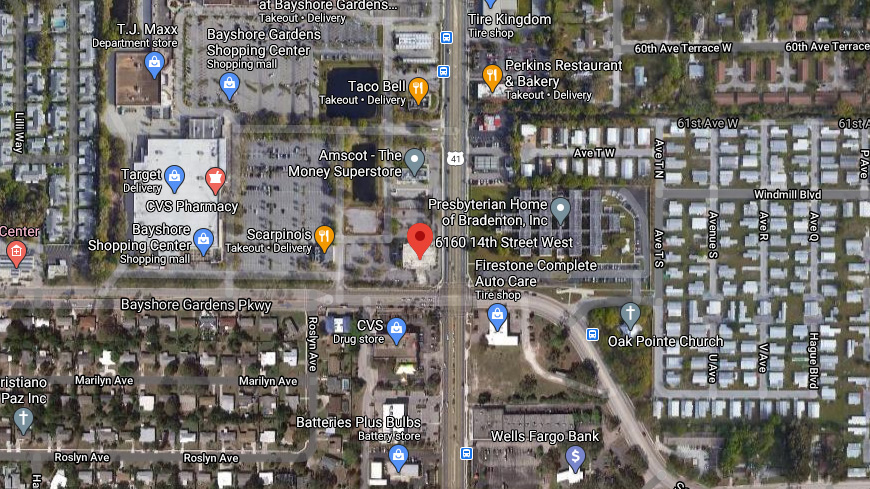