BRADENTON FL - Florida Highway Patrol is searching for the driver of a Ford F-150 Harley Davidson Edition - Black & Orange pickup truck after the driver hit and killed a pedestrian.

The fatal hit-and-run happened early Monday morning as a 34 year old woman from Bradenton was attempting to cross all six lanes of traffic on 14th Street just 1000 feet south of the intersection with Bayshore Gardens Parkway.

At 6:33:00 AM the woman was struck by an orange and black Harley Davidson Edition Ford F-150 pick up truck, which crashed into the woman with the front of the vehicle.

After crashing into the pedestrian the F-150 pickup truck fled the scene heading north in 14th Street (US 41).

Manatee County Emergency Medical Services responded to the crash, and pronounced the woman deceased at the scene.

FHP is asking anyone who may have witnessed the crash or has knowledge of the suspect to contact them by calling FHP (*347) on any mobile phone, or at 239-938-1800. 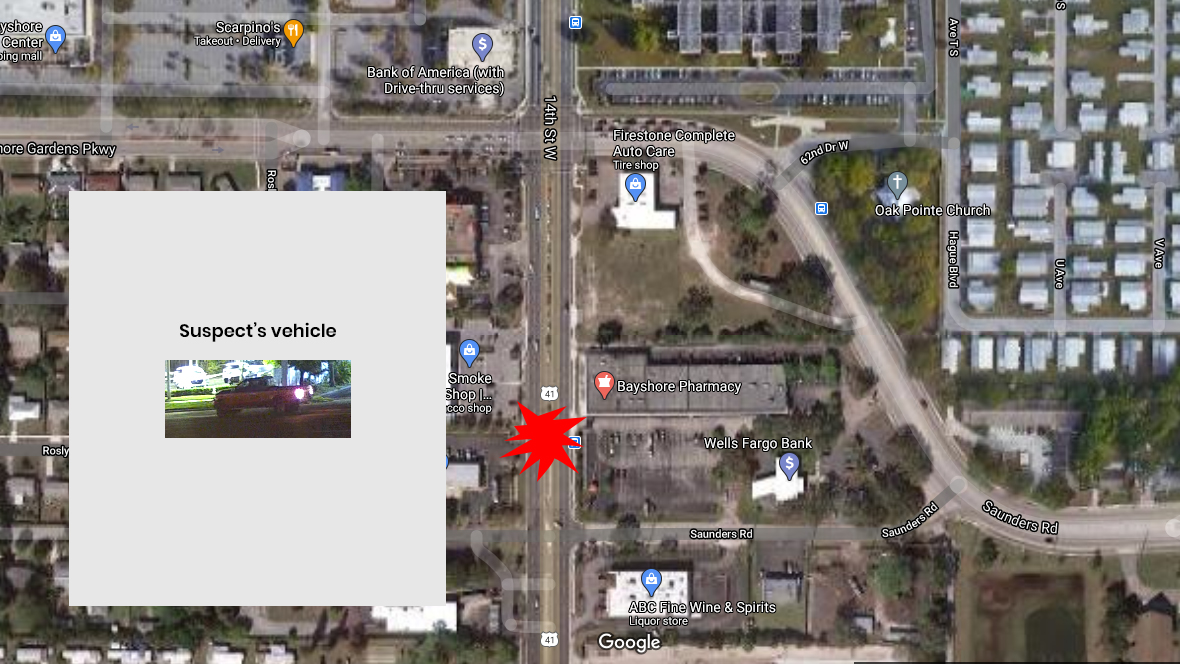